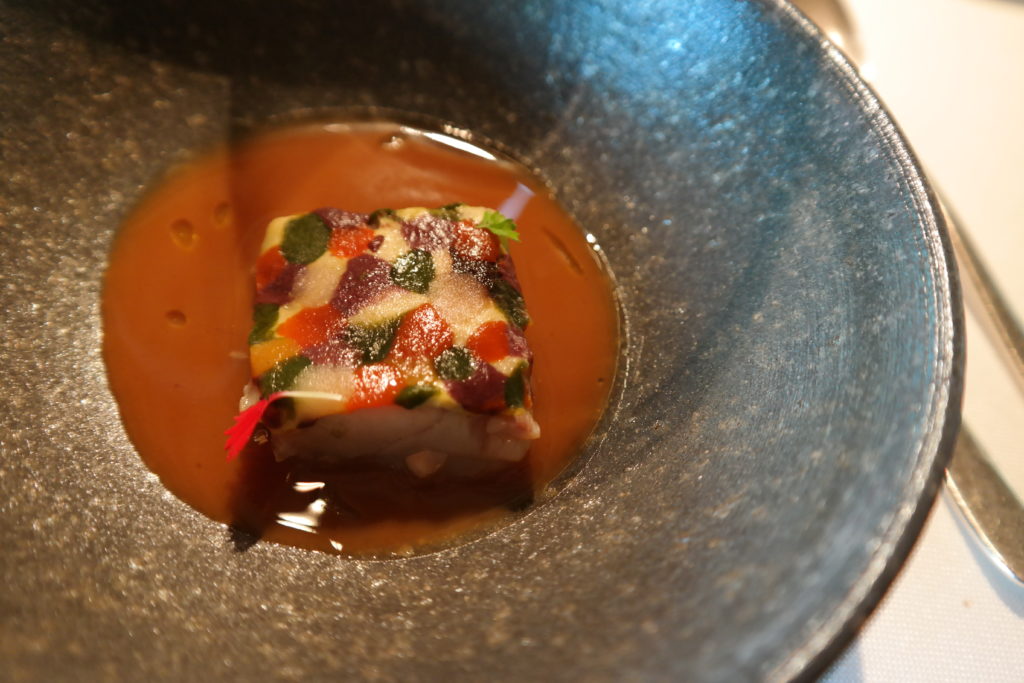 Despite being a relatively young winery we are delighted to say that we have already achieved – thanks to the hard work of our distributors – a number of listings in Michelin-starred restaurants. These include some of Spain’s top restaurants – El Celler de Can Roca in Girona, Quique Dacosta in Denia and ABaC in Barcelona – all with three Michelin stars. Outside of Spain, Hof Van Cleve in Brussels, also with three stars, and Chapter One in Dublin, with one star, also list wines from our portfolio.

We are proud to work with these fabulous restaurants in offering an exemplary food and wine experience. So if you are looking for a special place to dine out you could do worse that choose from this list:

Located in Barcelona’s 5-star hotel of the same name, the restaurant is headed up by Catalan Jordi Cruz, who is also one of the judges on Spain’s Masterchef. The restaurant offers two multiple course set menus – Tradition – some of his more classic dishes, including his take on traditional Spanish baby lamb chops – and Vanguardia – where Jordi lets his inspirations drawn from Japanese, French and Catalan cuisine really shine through.

Fernando recently had the pleasure of eating at this temple to gastronomy for the first time. Like most people who go there, he said it was an experience he will never forget. The Roca brothers pull out all the stops with cuisine that starts with their childhood experiences in the family’s bar before journeying all around the world, and a wine cellar that is second to none.

One of Spain’s “rock star” chefs is behind this eponymous restaurant. Credited with creating modern Valencian cuisine, he uses local ingredients – particularly the spectacular local seafood – to put together a tasting menu of more than 40 courses. Sommelier José Antonio Navarrete – named Spain’s Best Sommelier in 2012 – is a self-proclaimed Garnacha lover, and we’re proud to say that our wines feature among his recommendations.

Set in a beautiful farmhouse in the Flanders countryside, this restaurant headed up by chef Peter Goossens and his wife Lieve Goossens lives its strapline “The secret ingredient is always love.” The celler, managed by Head Sommelier Mathieu Vanneste, focuses on the classic regions of France – particularly Burgundy with a strong selection from Domaine de la Romanée-Conti – although he also likes to surprise with different pairings of local Belgian beers, Sherry and the odd wine from our little corner of Aragón!

Andoni Luis Aduriz is considered by many to be Spain’s most innovative chef after Ferran Adriá. Added to the pairing skills of Guillermo Cruz, MS candidate and Spain’s Best Sommelier 2014 and you have a recipe for a very exciting meal. Mugaritz loves to surprise and Guillermo and his team are not afraid to offer diners wines from unusual grapes and lesser-known regions. Also, hailing from Zaragoza and being a close friend of Fernando’s, Guillermo has a special place in his heart for Garnacha from Aragón.

Located in the basement of the Dublin Writers Museum, Chapter One is one of only 11 Michelin-starred establishments in Ireland. Botijo Blanco and Botijo Rojo were selected by sommelier Ed Jolliffe to form part of a list sourced from “small organic or biodynamic producers where possible” to compliment the menus designed by Head Chef Ross Lewis.