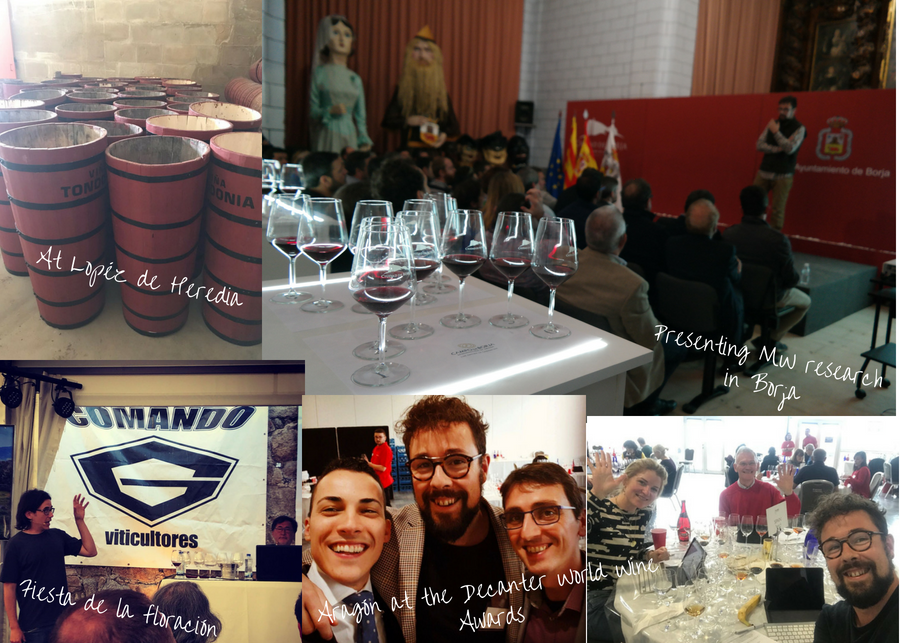 Last month Fernando visited one of Spain’s longest-standing and most iconic wineries, López de Heredia in Haro, Rioja. He spent time with Maria José Lopez de Heredia to understand how a long-term wine project is about much more than just wine, learning how great projects are multi-generational and how time is a key factor in establishing the project. They spent many hours together with her brother Julio Cesar looking at new plantings and seeing how they look after old vines. Fernando said it was fantastic to be able to learn so much from a family that has been in wine for so long and even more so when he didn’t have to get on a plane!

He then headed down to Madrid, visting Comando G’s Fiesta de la Floración – marking the start of the grape-growing season with the flowering of the vines. Dani and Fer of Comando G have inspired a whole generation of young winemakers across Spain, Bodegas Frontonio included, and Fernando said it was a great honour to receive an invite. The festivities began with a tasting on Sunday night to celebrate their 10th anniversary and continued on Monday with the party outside in the beautiful surroundings of the Gredos Mountains; music, food and wine aplenty. Fernando was sorry he had to slip off early to participate in the Torres tasting of ancestral varieties, although it was worthwhile to be involved in such groundbreaking research. The winery has been working on recovering fifty pre-phylloxera varieties and Fernando was invited, along with his former classmate Andreas Kubach MW to sit on a panel with Miguel Torres, tasting the wines that had been made from the 5 varieties selected to have the greatest winemaking potential. For Fernando, “In a world of standardization, finding these winemaking gems is marvellous and shows what wealth there is out there in Spain waiting to be rediscovered.”

Near to home, Fernando hosted a presentation in Borja of the results of his MW research paper and the new proposed classification system – 1V, 2V and 3V. Fernando used examples from Burgundy and Priorat to illustrate the proposed levels of generic, village and single vineyard wines. With a packed house, it was great to see the interest in the proposal and the enthusiasm to make improvements in the wines and their marketing.

London was the next stop as Fernando joined the Spain panel at the Decanter World Wine Awards. Aragon was very well represented at the event with sommeliers Raul Igual and Guillermo Cruz also on the judging panel.