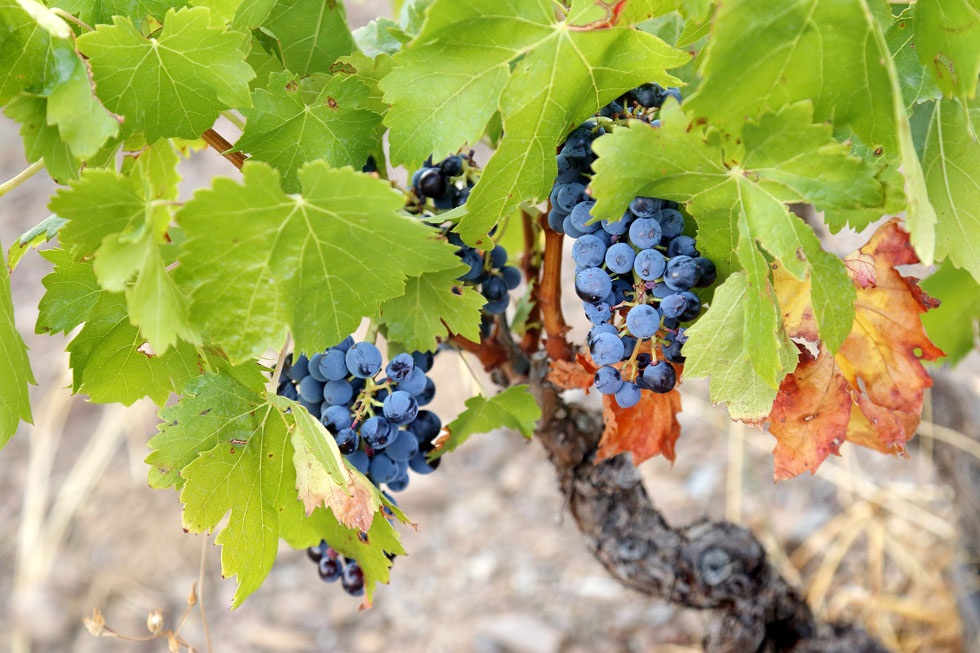 Each month we’ll be getting out the chalkboard to teach you about an aspect of our wines in greater depth. First in the series is Aragón’s key grape variety: Garnacha.

Ahh Garnacha, poor under-appreciated Garnacha. It was once the most widely planted grape in Spain but being known as “la maldita” (the cursed one) by growers led to it being ripped up and replaced by the more fashionable (at the time) Tempranillo. We adore it, so why was it thought to be such a pain in the proverbial? Well, it is very prone to coulure (corrimiento) – when flowers fail to fertilize, reducing the amount of grapes that form, particularly if the weather is wet or cloudy at the time of pollination and also to mildew and rot in wetter conditions. Also, if yields are not tightly controlled, it tends to over production, producing highly alcoholic, light coloured wines with low acidity. So how to deal with these problems? Grow Garnacha somewhere that is hot, sunny, with little rainfall, poor soils, at altitude and on old bush vines that produce much lower yields – we could almost be describing our vineyards! Add to the fact that Aragon is thought to be the birthplace of Garnacha, and around half of its Garnacha vines are between 30 and 50 years old and you have the perfect marriage of grape vine and terroir. And when you find the perfect terroir and treat the grapes with care, Garnacha is a very different beast, highly aromatic, packed with red fruit, herbs and other fragrances, silky, smooth and lithe on the palate….and certainly not lacking in structure, acidity, colour or tannins. That’s the sort of Garnacha that we love and strive to make ever better.