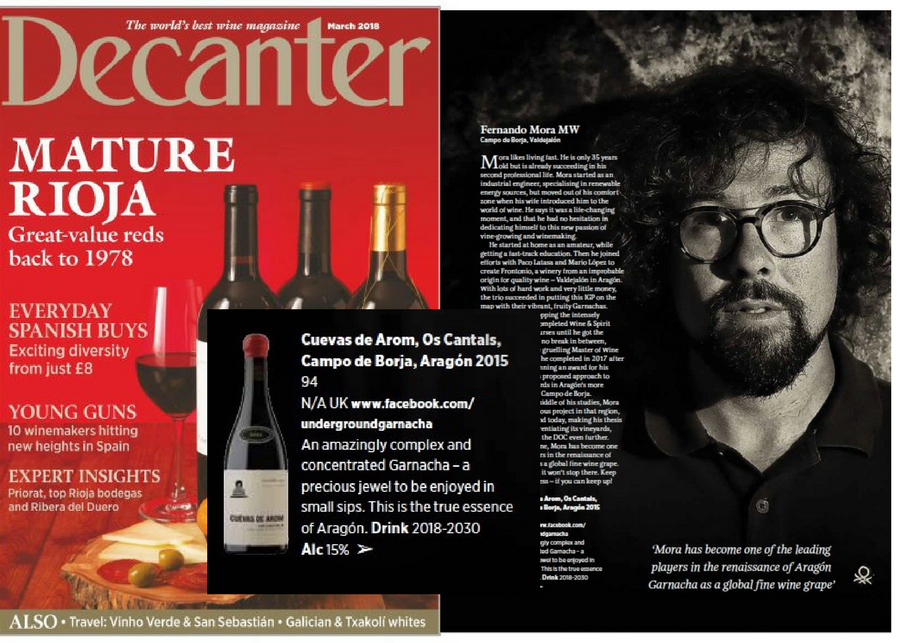 Pedro reviews one of the latest wines from Cuevas de Arom, giving it a score of 94 points – the highest yet received by the winery and a point of pride for a first release from DO Campo de Borja:

“An amazingly complex and concentrated Garnacha – a precious jewel to be enjoyed in small sips. This is the true essence of Aragón.”

Fernando is proud to be among friends in the list with Pedro describing his career and the launch of wineries Frontonio and Cuevas del Arom. He was particularly flattered by the comment that, “In just a short time, Mora has become one of the leading players in the renaissance of Aragón Garnacha as a global fine wine grape.”